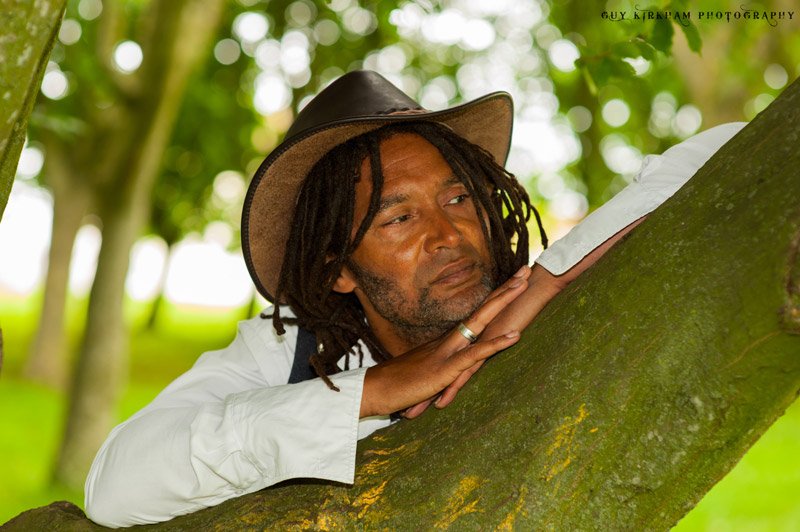 Living in the UK from four years old, David a Trinidadian, has been mesmerizing audiences up and down the country for a while now. Having sat on and broken his violin at 5 and loosing the clarinet on a 29 busroute at age 8 the guitar was the instrument of choice at 10, that never left his side apart from when as punishment for not studying his father broke the guitar in the garden with an axe! This did not stop David; he acquired another guitar and continued. Armed with a mix of poets and songsmiths from Arthur Rimbaud and George Orwell to Elliott Smith and Jeff Buckley David developed into something distinctively original and singularly identifiable.

Specialising in slide and fingerpicking David’s style is forcefully rhythmical with powerful vocal that ranges from lush to gravelly.

In 1990, David charted at No1 in Ireland with band No Sweat, as their lead guitar player/song writer. Managed by Def. Leppard’s Joe Elliott. David recorded and toured extensively in the US and the UK on the back of No Sweat’s debut album recorded by Super Producer Keith Olsen (White Snake, Tom Petty and Fleetwood Mac).