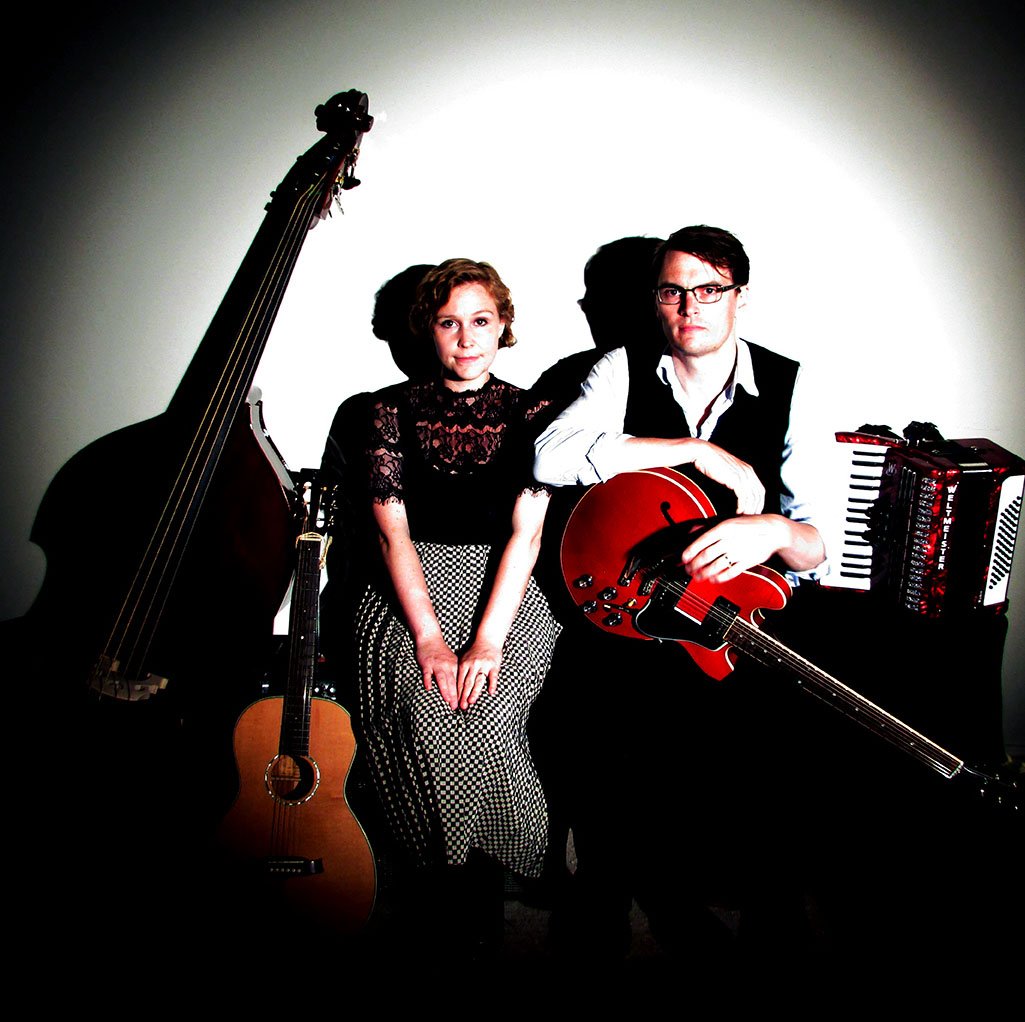 Described as “like a young Billie Holiday gate-crashing a Tom Waits Swordfishtrombones recording session”, or “a moody Mary Margaret O’Hara”, blues and roots duo Ma Polaine’s Great Decline continue to build a reputation as an intriguing and hard to pigeon-hole act.

2018 album release The Outsider has had wide-spread radio play, including Tom Robinson’s BBC 6 show, Verity Sharp’s Late Junction on BBC Radio 2 & 3, and led to a feature on the band in Roots magazine. From the start Beth Packer and Clinton Hough always sought to keep their song-writing influences open, and have a sound with oddness, sparsity and a subtle quality that is their own.

2016’s EP release Small Town Talk gained rave media reviews, building on 2015’s nomination as an emerging artist in the British Blues Awards for the album “Got Me Out Of Hell”, also winning a Reveal Records emerging act competition, and earning an international song-writing semi-final spot for Suffer It Well from 2013 EP of the same name.

Throughout this year Ma Polaine’s Great Decline toured the country, taking in the finest of intimate venues and enjoyed a busy festival season at the likes of Green Man and Purbeck Valley Folk Festival.